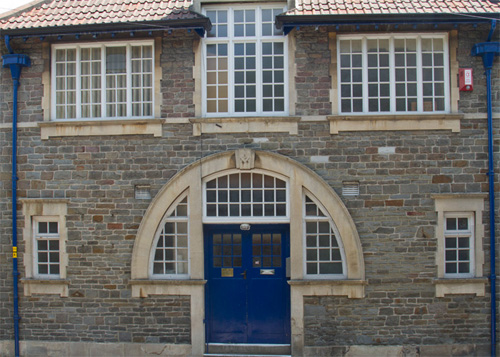 The Filton Lodge of Fortitude was consecrated in 1947 in Downend Temple and in order to secure a meeting place, The Filton Masonic Hall Company was established and obtained the use of the Filton War Memorial Hall, next to the Shield’s Laundry (which later became Filton Technical College).  The first regular meeting was held there on 27th October, 1947.

It was a public building and in daily use for various local activities. Meetings were held there until the Hall was acquired for demolition in 1961 to make way for the new Filton Link road.

During the summer recess in 1961, The Filton Masonic Hall Company found and purchased the freehold the Memorial Hall in Park Road and the old School building in Brinkworthy Road.  The School building was demolished to make way for the Car Park, while work started on the Memorial Hall to convert it into a purpose-built temple for masonic use.  It became the Filton Masonic Hall. 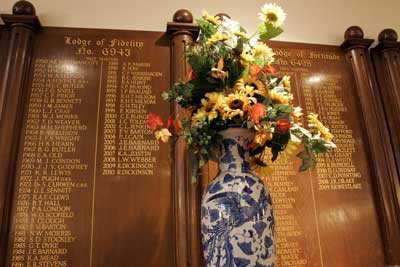 In 1962, the Hall was formally opened and the three lodges started new era in a Masonic Hall they could call their own.

Information sourced from the “History of the Lodge of Fidelity” by W.Bro. K.Hearn - with thanks.